Don't Let the Parade Pass You By! 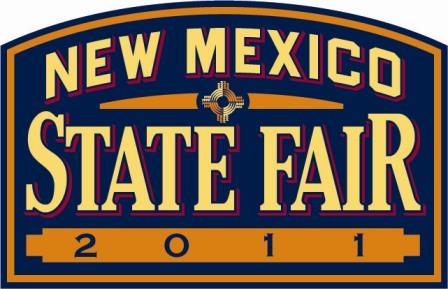 ALBUQUERQUE—August 1, 2011—The New Mexico State Fair Parade, long established as the biggest parade in the state, is open to participation by anyone. So grab your paint brush, your most colorful costume, your marching band, your community service group, your antique car, etc., etc., and plan now to be part of the annual State Fair parade! All participants should develop their entries using the theme “EVERYDAY IS A HOLIDAY!”
“I am looking forward to the biggest parade in the history of the State Fair,” says Larry Trujillo, parade organizer. “Over the years our parade has turned into a head-spinning extravaganza of marching bands, unique floats, custom cars, riding clubs and sky cycles. Did I mention the clowns? This year a record number of beauty contestants will be participating including the New Mexico State Fair Queen, Miss Tohajiilee, the Taos Fiesta Queen, the Hatch Chile Queen and the USA National Pageant Winners New Mexico Runway Miss and Teen. Don’t hesitate - send your application today!”
Entry applications are due by the close of business on Thursday, August 11, at the State Fair offices along with a signed waiver and $20 registration fee. Shortly thereafter the parade lineup will be determined and then posted on the State Fair website. Every participant in the parade will receive a one-day courtesy admission to the Fair. Awards will be presented in a number of categories.
The parade will leave the southeast corner of EXPO New Mexico at 8:45 on the morning of Saturday, September 10, 2011. Depending on the number of entries – usually about 200 - the last units in the parade may not leave the formation location until after 10:00 a.m. Units will travel on Central Avenue disbanding about 2 miles east of the starting point. The parade is marshaled and assisted by the Bernalillo County Sheriff’s Posse.
Information is available at the website www.exponm.com – click on State Fair, then Premium Book then Parade. Specific inquires and questions should be addressed to: larry.trujillo1@state.nm.us or by phone at 505-222-9727. Y’all come and strut your stuff in the State Fair Parade!
Search