Top 5 Rides for Kids at the New Mexico State Fair

The New Mexico State Fair (NMSF) has been an institution for over 75 years. Located at Expo New Mexico in Albuquerque, the NMSF has welcomed millions of attendees. 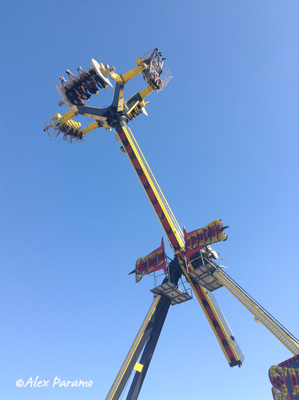 One of the long-standing features of the fair are the rides on the Midway. After 40 years with Murphy Brothers Exposition providing the carnival rides, in 2015 they are being operated by Reithoffer Shows. Changing ride operators after 40 years has its benefits and its possible pratfalls. The obvious risk is that the new rides will not be as good as the old time-tested rides.

With that in mind, I dispatched my trusted Junior Reporter (a.k.a. my daughter) with the "arduous" task of riding the new rides and providing us with her favorites. 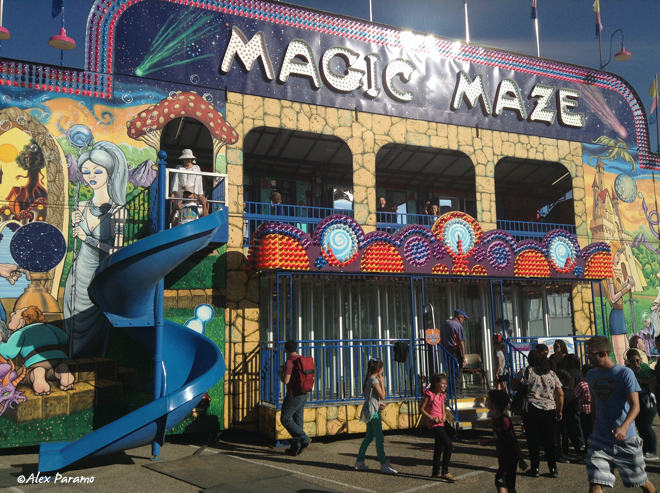 My Junior Reporter also concluded that she enjoyed the rides this year more than in 2014 because of the greater variety. Additionally, there were some rides that were similar to the rides that Murphy Brothers has offered in the past, and she enjoyed those as well. Another perk this year was that there were many games and new chances of winning giant stuffed animals, which is a kid-favorite. 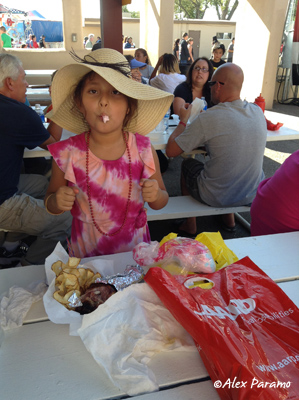 Moving on to other parts of the park, the food options offered by new comer Señor Tortas / Señor Tacos were a pleasant surprise. We also had some tasty ribs which were a crowd favorite. The Native Cafe was also a hit with their traditional Fry Bread offering! All of your favorites are in abundant quantity including: sugar bears in the Villa Hispana, cotton candy, lemonade, turkey legs, hot dogs and curly fries.

All in all it was another great day at the New Mexico State Fair. 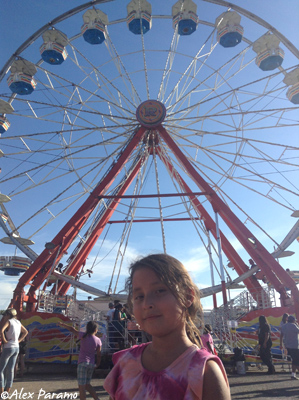 Disclaimer: the Junior Reporter's Top 5 Rides was based on the tastes of an 8 year old. So we recommend that you go out there and check out all the rides for yourself! Get there early for shorter lines, or get there later for amazing entertainment.

Don't forget to sign up for our ABQ365 e-newsletter for monthly events information in Albuquerque and use the hashtag #AskABQ on Twitter to get your event questions answered by local experts!