Honoring the families of those who serve: Museum of the American Military Family exhibit on display

There are museums, memorials and ceremonies across the country that acknowledge our servicemen and women, both past and present. But there are few that are dedicated to the family members who support those uniformed heroes. We are fortunate here in Albuquerque to have a special exhibition on display at the National Museum of Nuclear Science & History that recognizes the American military family. 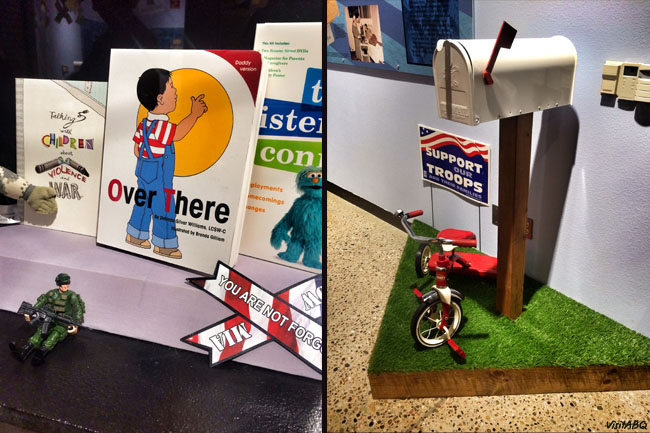 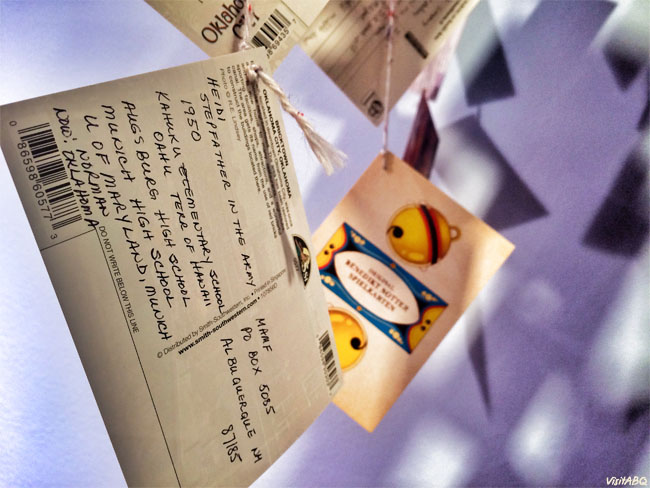 A world map is on display with pins indicating places museum-goers have lived as military family members, and postcards of family's military memories from across the globe hang from the ceiling in the back of the exhibit. Quotes from military family members are displayed throughout, and blank vintage postcards are available for messages of inspiration to be written.  The exhibit recognizes the joys, struggles and sacrifices of military families while communicating a message of support: you are not alone.

I had the privilege of exploring the exhibition with its co-creator, Dr. Allen Dale Olson. Dr. Olson is a retired U.S. soldier and DoD civilian who serves on the board of the American Military Family Museum. He credits his daughter for the exhibit's creation and success. Olson's daughter successfully contacted Vice President Joe Biden's office for an endorsement letter for the exhibit. The letter is on display as a greeting to exhibit guests. 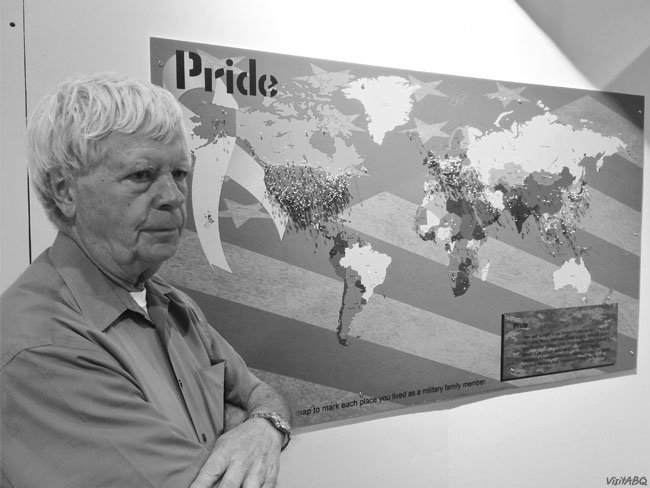 "In World War II, everyone had a family member or friend that was connected to the military - whether they were working at factories creating military goods or had a close friend or family member who was serving," Dr. Olson noted. "Today, less than one-tenth of one percent of Americans have direct contact with the military, so it is very important for displays like this to exist. We are extremely proud of it." 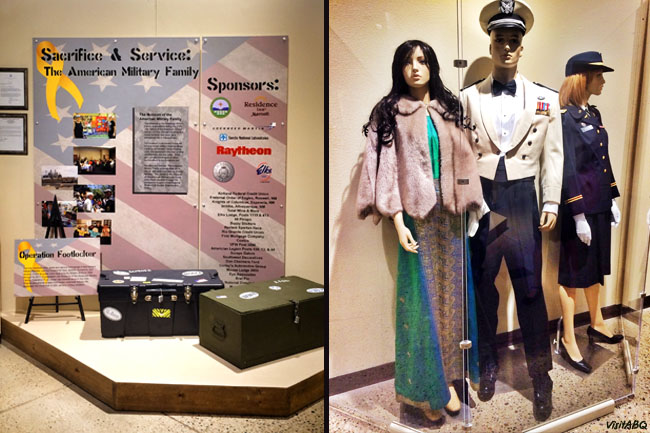 Sacrifice & Service: The American Military Family will be on display through August 31, 2014 at the National Museum of Nuclear Science & History, and then move on to other New Mexico cities.

The Museum of the American Military Family raised $20,000 to make the exhibit a reality.

Editors Note: In conjunction with the exhibit, don't miss these two upcoming events:

Kelly enjoys hiking in the Sandias, admiring the Albuquerque sunset from a rooftop patio and being a foster mom for dogs at a local animal shelter. She is a Wisconsin native and a fan of craft beer and crossword puzzles. She recently relocated from Albuquerque to Georgia.

Kelly was the Social Communications & ABQ365 Manager for Visit Albuquerque until December 2014. The opinions shared on this blog are her own.